There are no problems. Behind the wall, amid the security, servants on demand, sycophants in the circle, all afraid to say it straight, too comfortable in their world, the crumbs from the table, sustaining them all, The King fakes a smile, he knows they all fear him.

Solomon was reminded of Daniel, the Prophet in times of old, the only one who could interpret the Kings dreams. It was the story of many fairy tales, all is well in Denmark she said, then a little child stands up, and said, can’t you see what is going on!.

Fear, or what, Solomon read a story, a true history, not a propaganda exercise, it told of many truths; truths that others in the past tried to tell, but were afraid of, or when they did, suffered the wrath of the sycophants. That which is hidden will be revealed, the worlds of Old.

Being a day of remembrance for those who died in the gas chambers of Auschwitz, a horror that should never be forgotten, it being part of the History of the Human race; It was important to remind ourselves, of the lesson, how minds become twisted, how emotions are interfered with, and how a perfect storm can erupt from a combination of circumstances, whether the emperor likes it, or not.

The machines of war, made possible what happened, same as the nuclear devices, that some nations use as threats, amen. 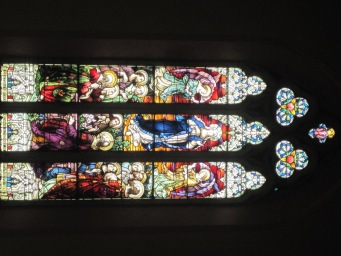