He is angry, is giving out to himself, he has somehow managed to spill his coffee over the oak table, drenching some papers in the process. Ruined, he says, stepping back from the desk, he shouts, Monica, his secretary comes running into the office, he points to the table, why did you have to have it so hot, i would have drunk it half an hour ago, I left it, now see what you done, Monica is shaken, her boss is having a bad day. Spoiled, he will be late for a meeting, maybe five minutes, five precious minutes, an eternity it seems.

the rubbish we complain of, the diva’s and their hysteria’s. So many struggle, while these voices can’t wait to tell us their opinions, one day, will they ever get sense. Solomon thought it was a bad day, thought is was, well, it’s never been a bad day, but if he wanted, he could beat himself all day and the world around him, with is momentary distaste. So the car is a rust bucket, the pension does not exist, he placed all he had on their being eternity, (and he got it right, cheers!), the timing is another thing, we all love surprises, but as he tottered down the street, he saw a wasted old man, lying in a lane, his bag of clothes, all he owned in the world, it’s early in the day, maybe 10 in the morning, the old man has an addiction, who hasn’t, he sits forlorn on the bag, his body slumped against the wall, wondering, what he can do.

A young woman leaves her family, there was no space there, she wanted to move out since she was fifteen. She meets an older man, a lot cleverer than she, she is taken in by his words, her family disown her, she is on her own. The bulge in the tummy tells her she needs help, he is not a father, this older man, just another predator.

Having a bad day, think again. 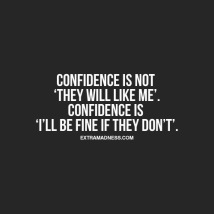