Toxic man. nothing worth stealing what do you imagine he, they will do, she raises her nose, it’s out from her face. pointy, as pointy as her narrow mind, they will steal from us, what else do they want she says, he sniggers, a swingers club, both high on speed and coke, he reaches over the bench, it’s a shared situation, you empty into one, then into someone else, satisfaction and thrill, the elite thrill, well it costs a bundle to get in, you have to be seriously perverse, she is a socialite, he’s an aspiring politician, used to be with the clan, till he founded his own hard line group.  Quentin Tarantino, with real life without the flash of the pyrotechnics and the over hype, good old swing time, no talk of global warming, no immigrant nations, no internet, a lot of closed countries, cruel dictatorships and plots, assassinations, eighties america, God a thought, religious groups with control, talks of wars, the right wingers, and the threat from the liberals, toxic waste, dangerous, damn it, they even hate war, have they no idea how to protect the nation, he rages on, his ear against hers, he is carrying on with another socialite, passing on his hatred, some guy.

Don’t you believe in Jesus she says, all giggling, high as a trapeze artist. he reaches and snorts, not unless he has money he laughs and is american. They both break into a furious bout of laughter, I never heard that before she says, her eyes are pins.

Thirty years later, he is a respected politician, well, he bought opinion and reputation, and sided with those who were defenders of the nation, so called. Meanwhile, The heavenly power they assumed never existed, it’s been awhile, is being felt in many places, toxic waste disposal unit, he finds himself in jail, his friends are getting seriously nervous too, they are supposed to, he sold out everyone he knows….

Remove them sighed Solomon and replace them with righteous leaders, amen. 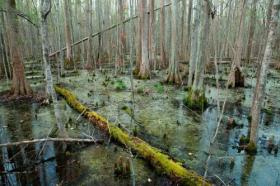