Do you love me, do you do, run faster Mr Murphy, the sargent is screaming at the new recruits, do you think this is christmas, this is war he shouts, many years later, the old marine recalls the training, the mental stress that was applied, the shouting, the taunts, the bear with us awhile, it will only make you stronger, the words ring bells in his head many years later.

Solomon sighed, spoilt for choice, bored, the excess’s they have to go to, as if they are children with too much free time and money to spend. He recalled the child, tensed up in the corner, eyes wondering, eyes deep in it’s head, as if all life had been taken away, the child does not understand the screams and the shouts, it sure wasn’t this in the beginning, it was sootihng he recalls, they were nice to him…but he is slowing getting used to it, and the Spirit inside is being battered. Meanwhile..

Conscientious mary is at a rally, something to do with christmas songs, and how inappropirate the lyrics of some, they have to be changed to suit the political thinking of the moment. It’s so important to attend the rally, you never know who you might meet afterwards, there might even be a party. Solomon raised his eyebrows to the headline, a christmas song of old, made references to a cold night, and a cosy meeting of a man and woman on a cold christmas night, song idiots decided there was a threat to humanity in the words, another notion of political mad thinking. In the old days, ancient days, language had many meanings, violence meant strength, virgin meant woman without child, and as for other sensibilities, you don’t have to dig.

His Father screams at him, go to bed, your not getting supper till you learn math… 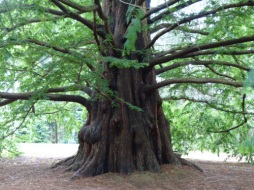