The wrinkles, deep and old, taken awhile to acquire them, the signs of character, why try to get rid of them, nothing wrong in showing who you are. Solomon was talking with a friend, the timing was good, the sun was out, and the two of them were re calling, older times. To the outside world it didn’t seem much, there was nothing you could take away, you had to experience it, they were talking about the source, where it all came from.

It’s like a river, they just don’t appear out of nowhere, Solomon nodded, he is a student, listening. The finished product was what most were interested in his friend said, while the journey was what made it what it was.

Solomon imagined a giant river, it could be the Ganges, the amazon. When you think of them, you see a mass of water, flowing strong, deep and constant. How they start, it was the same as an oak tree, a single acorn grows, as for the big river, it begins with the trickle of a stream, after many threads join together, it becomes a big river. Jesus said much the same, all of us are Spirits, we need to create the space inside by simply following the Father’s teaching, no big deal.

In the space of an hour, Solomon and his pal solved a few mysteries, not by trying to be smart, but by listening in a non judge mental way. Could anyone learn this his friend said, Solomon nodded, it’s like the big river, you have to understand how it got so big; it was nothing to notice at the start, just follow the treads.

The weaver sits at the loom, strings of wool, different colors, it requires patience, his fingers are practiced, his foot works the pedal rhythm that turns the loom, he feeds in the different treads, mixes the colors, after awhile a pattern emerges, after that a colorful garment. Life is just like that, lots of strings connected, a few failures to begin with, a practice time, experiences, and finally, a life lived. Imagine it, that big river was no more that a drip when it began, and look what it is now, amen. 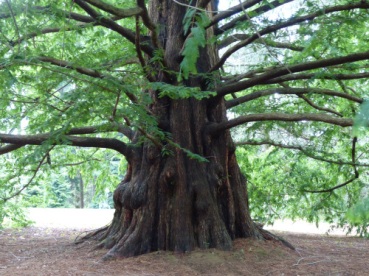