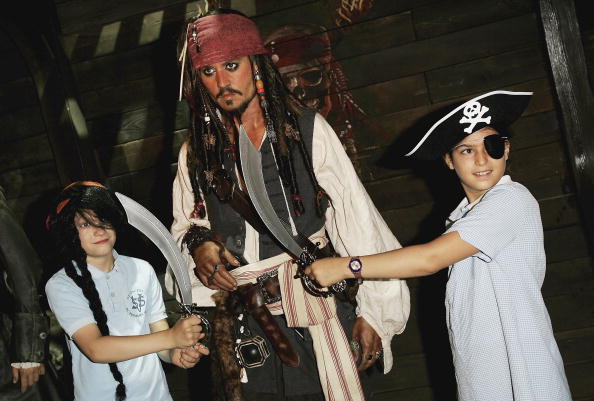 LONDON – JULY 05: Children pose by a waxwork model of Johnny Depp in character as Captain Jack Sparrow from the film “Pirates of The Caribbean: Dead Man’s Chest” as part of an interactive attraction at Madame Tussauds, on July 5, 2006 in London, England. (Photo by Gareth Cattermole/Getty Images)